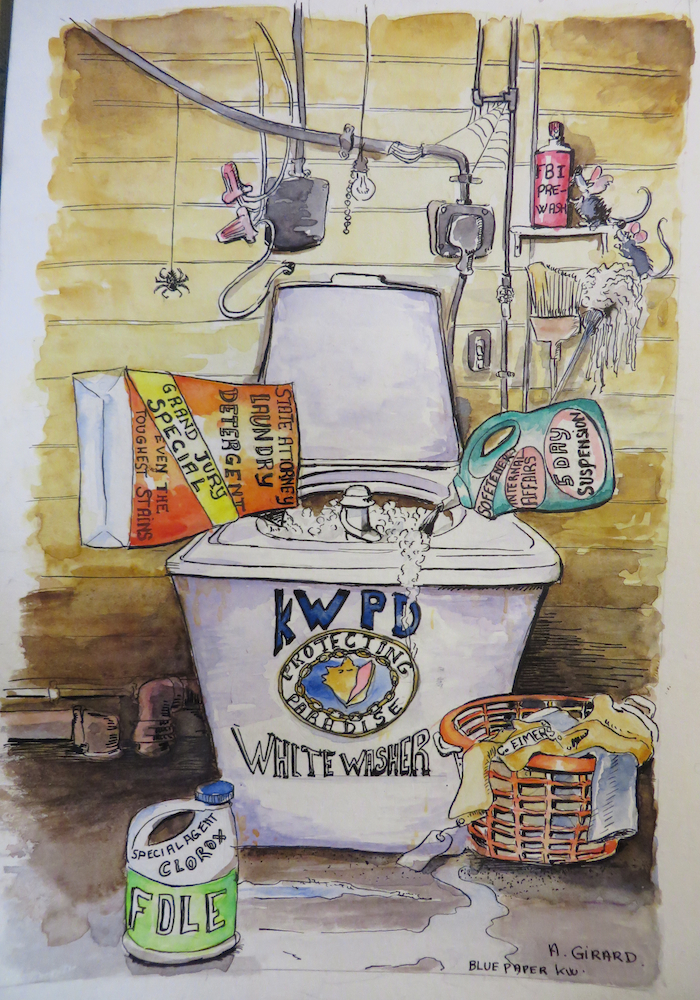 Officers were found to have acted professionally while using techniques that are proper for “actively resisting subjects.”

An unarmed man kneeling on the sand with his hands up, lays on his stomach as ordered by police. He lets them handcuff him until he is heard yelling loudly, “Ow! You’re hurting me!” He then appears to become agitated.  [warning disturbing photo in body of article]

The bystander video, which surfaced last month, shows Eimers unconscious with his face completely covered in sand. In fact, even after he’d been all cleaned up, a photo of his face taken at the hospital shows the interior of his nose still full of sand. 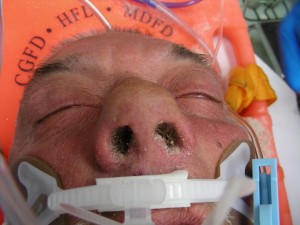 A simple reenactment revealed that asphyxiation in the dry sand was the only possible outcome of that police procedure, yet KWPD Internal Affairs concludes, “there was no evidence of positional asphyxia or that Mr. Eimers stopped breathing due to an airway obstruction.” The use of prone restraint was proper and “determined not to be a contributing cause of Mr. Eimers’ death.”

At a time when the entire country is soul-searching about community policing methods and when police officers are learning de-escalation techniques and receiving sensitivity training, amazingly enough in Key West the police Internal Affairs department lays blames on the family of the victim: Apparently they feel Charles Eimers’ son should have informed KWPD of his intention to take his father off life support prior to doing so on December 4th. “Doing so may have saved Detective Stevens and the department from embarrassment,” they wrote.

The Internal Affairs report does little to reassure those who have wondered whether the body was deliberately sent for cremation before autopsy. Officer Todd Stevens admitted during his deposition that he had had an 8-minute conversation with Eimers’ son Treavor the day after Eimers was removed from the ventillator [December 5th]. KWPD claims the department only found out Eimers was dead on December 10th, after an email inquiry from The Blue Paper stirred things up, yet they still waited another 24 hours to inform FDLE and the Medical Examiner.

The Medical Examiner then informed Dean-Lopez funeral home on December 11th not to cremate the body. Was there a chance the body could have disappeared into ashes during those last 24 hours of KWPD holding tight to their secret?

So many questions are left without answers.

Who lied to the EMS and the doctors about Eimers “collapsing and having no pulse when officers arrived?’

Why were all of the officers in agreement in not getting contact information from the civilian eyewitnesses?

What about the missing parts of the dispatch audio recordings, where an officer reports that Eimers was tased?

Why was there no Response to Resistance report even though Eimers’ face was bloodied?

What happened to all of those missing dashcam videos? All of the officers had lawyered up within a few hours of the incident but somehow the department is satisfied that the videos were destroyed because “the recordings were not immediately identified as evidence.”

What happened with Lovette’s Taser video? Why does the recording begin after the crucial moments have passed?  Lovette testified he beleived it was recording during the incident.

In the end only Officer Lovette is sanctioned with a 5-day suspension because he “lied” about an “in-custody murder” and the “killing” of Charles Eimers.