Last Tuesday the County Commission found itself once again debating development of offshore islands.  Local attorney Barton Smith read into the record, a letter from his client David Wolkowsky, who argued that his island, “Ballast Key,” was a man made island and should escape the restrictions imposed on natural islands [for example they are limited to one house per ten acres]. “I envision the creation on the island of a small campus to be operated by the University’s [of Miami] Rosenstiel School.”

Mr. Wolkowsky was not present. The Commission praised his intention to donate the island for scientific research and the usual debate went on about whether all offshore islands should come under the same zoning.

Then something totally unexpected happened:  The next day when we spoke with Mr. Wolkowsy at his home on Flagler Avenue he said he believed his island was a “natural island,” not a man made island, that he didn’t want any more construction to occur on the island, and as it turns out Barton Smith was not actually Mr. Wolkowsky’s attorney.

“Does the letter say it was a man made island?” inquired the 96-year old Wolkowsky, asking several times what else was in the letter that – strangely enough – he did not even have a copy of.  This peaked our curiosity.

Few debates have created as much controversy in the Keys as the push for de-regulation of offshore islands.  So far, intended development of Wisteria Island, the last desert island in Key West Harbor, has been on top of the list.  From a “wining and dining” City Commissioners scandal in 2007 to disguising a hotel/marina/resort project in a permit application for upland bathroom facilities for a mooring field, Wisteria had been getting all the attention.  So what is going on all of a sudden with Balast Key?  What’s the catch?

The following is our effort to piece the story back together:

October 2nd:  Jim Hendrick walks into David Wolkowsky’s home.  He passes by the marble sculptures of ancient Gods, alongside the swimming pool.  He has bad news for the 96-year old Mr. Wolkowsky, one of Key West’s most famous developers:  A new law is in the making which would prevent Mr. Wolkowsky from rebuilding the houses he had built some 25 years ago on his Island, Ballast Key, if they were ever destroyed by a hurricane.

The main house is not just any house, we were told by local attorney, David Paul Horan, who was Mr. Wolkowsky’s attorney at the time the house was built.  “David collected drawings and photographs of a speakeasy on stilts which used to mark the entrance of the Northwest Channel.  It was dubbed the ‘Hemingway House’.  When that house burned down, Mr. Wolkowsky decided to build a copy of it on Ballast Key.  He had Steve Candella make all of the parts in his welding shop and had it reassembled on Ballast Key.”  The project was testimony to Mr. Wolkowsky’s love for Key West history; it is part of his legacy.

So what Hendricks had to say about not being able to rebuild was particularly unsettling.  Hendrick must have known what he was talking about, was he not the former County Attorney who practically wrote the County code?  [Hendrick lost his license to practice law in 2005 following a corruption scandal that rocked the County Commission.]

On Thursday we asked Mayte Santamaria, from County Growth Management:

“Is there anything in the proposed comp plan update that in any way changes Mr. Wolkowsky’s [or any other offshore island owner’s] right to rebuild should his buildings be destroyed in a hurricane?”

“I cannot speak to Ballast Key specifically as I am unfamiliar with the development of that property. That said – for property [offshore islands or land on any other key] with lawfully established residential dwelling units, in both the adopted Comp Plan and the Comp Plan update, the policy remains that recognized lawfully established residential dwelling units shall not be considered as nonconforming to density and these units could be rebuilt.”

“I was under the impression that they were trying to modify a law in which I was not able to rebuild,” Mr. Wolkowsky said, “I don’t know what the new law says.”

But Hendrick did not come over with just a frightening problem, he, of course, also had a solution: Wolkowsky should send a letter to the County Commission voicing his concerns and with a trembling hand the old man signed, “David Wolkowsky” at the bottom of the controversial letter.

Interestingly, the letter would say nothing about the fear of not being able to rebuild after a hurricane.  It did however emphasize that Ballast Key was a man made island and as such should be left out of the zoning category of “offshore islands.”  Incidentally, that is the same argument Roger Bernstein has been making for years while pushing to develop Wisteria Island.

So, Hendrick left with the letter and forwarded it to the Commissioners and the Growth Management division.

DW:  “No. Is that what I said in the letter? Well then there’s confusion.  It is not a man made island.  It goes back to 1630 when a Galleon broke on the shore. My letter, I was confused in writing the letter…  Let’s put it that way. ..  Does the letter say that it was a man made island?

BP:  ‘[that] it was a manmade island and it should not be confused with the pristine natural islands and therefore it should have the right to be developed and added buildings to it and things like that…”

DW:  “How can I…? I can ungraciously say that I misinterpreted.  It must have caught me on a bad day.  But the island is not man made, obviously.  I detract.  Subtract.”

BP:  “Barton Smith actually spoke on your behalf, as your attorney.  Did you hire him?”

When we spoke with Jim Hendrick later by phone he confirmed that Barton Smith hadn’t spoken with Mr. Wolkowsky and had not been retained as Mr. Wolkowsky’s attorney, even though Smith had repeatedly referred to Mr. Wolkowsky as his “client” during Tuesday’s County Commission meeting.

So one way of looking at it is that a whole cluster of brilliant and expensive people pretended to do a favor for a 96-year old man [they all worked free of charge].  They gave him a scare about the future of his legacy, had him sign a letter full of “facts” he did not agree with, didn’t leave him a copy, and went to the County Commission meeting posing as his attorney asking for changes in the law that have little to do with Ballast Key.

It doesn’t make it look any better that, on the other hand, the deregulation asked for by attorney Barton Smith would greatly improve the perspectives for the resort that Roger Bernstein hopes to develop on Wisteria Island.  [Wisteria is a man made island.]  It should be noted that Jim Hendrick [and sometimes Barton Smith] is on Bernstein’s payroll.

Timing is everything:  The County Commission is amending the County’s Comprehensive Plan.  Now is the time to fight to obtain the special zoning that Bernstein dreams of that would allow him to build a resort on Wisteria Island.  But embroiled in an ownership dispute with the federal government, he barely has standing to push that agenda.  That could be where Ballast Key came in along with  Jim Hendrick, at his best in the desperate hours, the Keys’ “eminence grise.” If “Mission Impossible” had a Land Planner, the part would go to Jim Hendrick.

Of course, Hendrick has a different version of the facts:  He claims that when we met with Mr. Wolkowsky he had just come back from the dentist, that he is 96-years old and that’s why he was confused.  Hendrick claims Mr. Wolkowsky has always described his island as being made of a ship’s ballast and that Wolkowsky is legitimately afraid that the new law would keep him from rebuilding his houses if they were destroyed by a storm.  Finally, he says that the project described in the letter as the “creation of a small campus” doesn’t mean new buildings; it only means that the two existing houses would be used for lodging and research.  He argues that under current laws the two houses could only be used for lodging, which is very different from “campus” activity where scientists do lodge in the facility but also conduct research.  And that is why a new, looser category of “offshore island” zoning needs to be created.

“We’re going to have to be very, very careful,” says Mayor Sylvia Murphy, “… especially with the ones that want variances, Comp Plan changes…”

Note:  Tom Wilmers, who for 28 years worked for US Fish and Wildlife in the Key West National Wildlife Refuge [often in the area of Ballast Key] sent us two surveys that he says establish that Ballast Key is indeed a natural island:

Davis, J. H. 1942. The ecology of the vegetation and topography of the Sand Keys of Florida. Papers from Tortugas Laboratory 33. Carnegie Institution of Washington. 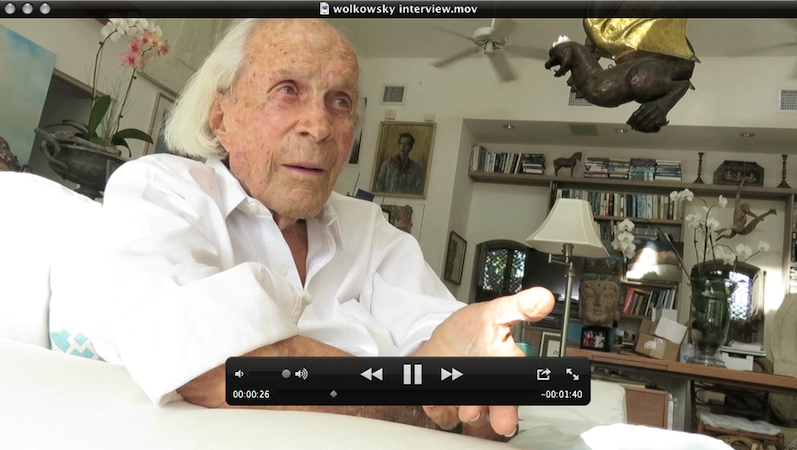 No Responses to “David Wolkowsky: "God Wasn't On Duty One Day."”